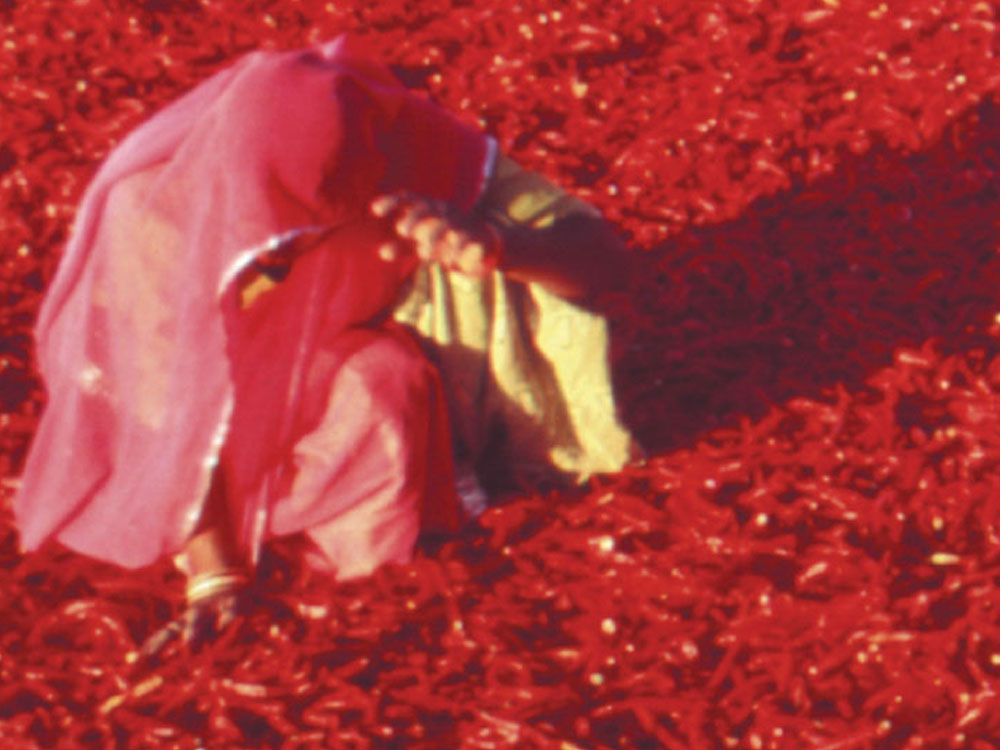 "So far as I am able to judge, nothing has been left undone, either by man or nature, to make India the most extraordinary country that the sun visits on his rounds. Nothing seems to have been forgotten, nothing overlooked."

--Mark Twain, from Following the Equator

The subcontinent of India lies in south Asia, between Pakistan, China and Nepal. India is set apart from the rest of Asia by the Himalayas, the highest, youngest and still evolving mountain chain on the planet. The subcontinent as it is rightly called, touches three large water bodies and is immediately recognizable on any world map. This thick, roughly triangular peninsula defines the Bay of Bengal to the east, the Arabian sea to the west, and the India Ocean to the south.

Indian weather varies from The Tropical monsoon in south India, to the temperate in north India. The subcontinent has eight climatic zones all of which only have the monsoon rains in common. But even the monsoon comes to different parts of the country at different times. While the heat is unbearable in the Gangetic plain, the people of Ladakh shiver in the cold weather, while people in the south battle the rains.

Hence India can be seen any time of the year.

India is huge. With 1.3 billion people, 29 states, 22 official languages, you definitely need a someone to guide you through this maze called India.

With nearly 1 billion citizens, India is the second most populous nation in the world. It is impossible to speak of any one Indian culture, although there are deep cultural continuities that tie its people together. English is the major language of trade and politics, but there are 22 official languages in all and countless other dialects. India has seven major religions and many minor ones, six main ethnic groups, and countless holidays.

Religion is central to Indian culture, and its practice can be seen in virtually every aspect of life in the country. Hinduism is the dominant faith of India, serving about 80 percent of the population. About 12 to 13 percent worship Islam, and 5 percent are Sikhs and Christians; the rest (a good 45 million) are Buddhists, Jains, Bahai, and more.

Dress: Light and loose, easily laundered clothing is best for the south, and the northern plains, especially from April to September. You will need warmer clothes, including woolens, for the north during winter. Warm clothing is a must in the hill stations all year around.

Other than the above there are approximately 150 airports which operate domestically or by the defense services. The domestic airports have commercial flights which can be availed for travel.

India has one of the widest rail networks in the world. India has anywhere between 8000 – 8500 railway stations throughout. Rail travel is comfortable with four classes in one train serving the customers. Many train have their own pantry cars which provide fresh food.

Road network too is wide and strong across India. There are many luxury coaches, sleeper coaches, non-a/c coaches, state transport coaches which run through the maze of Indian roads. Short distances are preferred by road travel.

All visitors, except those from Nepal and Bhutan, must have valid passports stamped with current visas. Visitors must register with the Foreigners’ Regional Registration Office within 14 days of arrival. Some countries have been granted Tourist Visa on arrival, but only some international airports are equipped with the facility.

Visitors possessing more than US$ 10,000 (or the equivalent in travelers' cheques or bank notes) must fill in a currency declaration form. Visitors may bring in up to 200 cigarettes or 50 cigars, and one liter of alcohol, duty-free. Non-sporting firearms and narcotics are prohibited, as are gold bullion or coins (except by Indian nationals returning from working abroad, who may bring in a maximum of 5 kilograms).

ATM machines are easily found on the roads of India. All known Credit cards are accepted throughout India, in shops, hotels and restaurants.

India is shoppers' paradise. From decorative items like pottery, masks, bronze items to jewelry can be purchased at reasonable rates in India. India is the largest producer of branded jewels which are exported and can be bought here at affordable rates.

If you have the taste for Indian food, ready to eat packets of various dishes are also easily available. Various pickles and snacks can be bought.

India also produces a huge variety of tea and you can get a good choice. Along with that you may also go for some herbal beauty products. Last but not the least; various music and cinema compact discs (CD) to keep your Indian sojourn going can be bought!

A GENERAL GUIDE TO HAVE A PLEASANT STAY IN INDIA

India has many UNESCO world heritage sites. There are many monuments other than the UNESCO sites which are protected by the Archaeological Survey of India (ASI). Do not forget to visit the small monuments as you may come across something beautiful at a very unexpected place. Village and animals are integral part of the Indian life. You can see stray dogs, cats, cows, donkeys and also camels and elephants at times on the busy roads.

Adhering to each faith, there are some beautiful religious places of worship spread all over India, which one should not miss. Temples, Mosques, Churches, Sikh and Buddhist temples and many other faith temples. Some are recently built while some are very old and many others are guarded by the UNESCO or the ASI.

There are many national reserves spread all over India which form a natural habitat to various species of Flora and Fauna. There are bird sanctuaries and national parks. Lions, tigers, Langoor, monkeys, Elephants, deer, Sambhar, Cheetah, Bear, peacock, Bison, Rhinocerous, Leopards, Alligators, snakes and many such animals can be sited in these jungles.